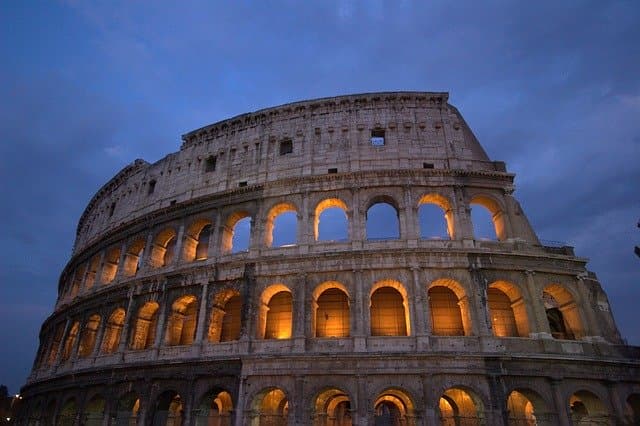 By Ann Aubrey Hanson, in The Southern Cross, Oct. 2003

At the Oct. 19 beatification of Mother Teresa in Rome, two San Diegans, Xavier Wiechers and Dr. Anita Figueredo, were invited guests. Wiechers served as a lector at the beatification Mass. Figueredo was one of 10 people who received Communion directly from the Holy Father. Both were honored because of their long-time friendships and work with Mother Teresa, a relationship that profoundly changed and continues to influence both of their lives.

“The Finger of God Had Touched Me”
Dr. Figueredo helped Mother Teresa establish a Missionary of Charity presence Tijuana
“Among my greatest blessings has been knowing Mother Teresa and counting her as my dear friend for almost 40 years,” says Dr. Anita Figueredo, a San Diego physician and surgeon. She was one of six San Diego witnesses called to testify in the canonization process for Mother Teresa.

Figueredo first encountered Mother Teresa in 1958 when she read an article about the then-unknown nun who worked in the slums of Calcutta, India, helping the poorest of the poor to die with dignity.

The description of the work she was doing so touched Figueredo that she wrote Mother Teresa a letter. She told the Missionaries of Charity founder that she too “treated the sick, but in great comfort and with all the modern conveniences. I told her of my family and said that I was a frustrated missionary at heart, but thanked her for doing all the dirty work I did not do and wished that I could.”

To Figueredo’s great amazement, several weeks later she received a handwritten letter from Mother Teresa, telling her that she hoped to meet Figueredo one day.

A month later, Figueredo saw a photo of Mother Theresa in paper. She was to speak downtown that very evening. Figueredo dashed down to the auditorium and listened entranced as “a tiny nun in a wrinkled sari who was obviously nervous” told of the more than 1,000 dying people she and her sisters had literally picked up from the streets of Calcutta and cared for until they recovered or died.

At the end of her presentation, Mother Teresa asked if there were any questions. Figueredo asked how all of the work was financed.

“This was, I discovered, her unfailing answer to all practical problems,” says Figueredo, “and the amazing thing was, He did!”

After the talk, Mother Teresa greeted people. The line was long and Figueredo was near the end with her two friends. “When my turn came, I said, ‘Mother Teresa, I’m Dr. Figueredo and this is…,’ but before I could finish, she said, ‘Anita! I prayed that we would meet!’ ” They embraced, walked away from the receiving line and talked the rest of the evening like old friends. “I felt as if the finger of God had touched me,” says Figueredo.

One year after their meeting, Figueredo’s 18-month-old son Bobby died in a tragic accident. Figueredo wrote to Mother Teresa, telling her of their loss, and received a most unusual condolence. “Mother wrote that she was so glad that Bobby had died because she had just founded an order of Brothers with nine young men, and was looking for ‘someone very close to God, with nothing else to do’ to take care of them. She was going to make Bobby the patron of the Brothers.”

Bobby continues to be their patron to this day. “You can imagine that we feel very close to the Brothers,” says Figueredo.

Miracles seem to have abounded in meetings with Mother Teresa throughout the years, says Figueredo, with many things seeming to happen “by chance,” but always bearing the mark of God’s plan.

In the ensuing years, because of her own work in Tijuana, Figueredo began to see Tijuana as a natural site for the Missionaries of Charity. In 1982, Figueredo founded Friends of the Poor, a nonprofit organization that supports numerous projects in San Diego, Mexico and Africa, including Casa de los Pobres and Casa Hogar Infantil de San Jose in Tijuana.

For 20 years, she says she tried to convince Mother Teresa to visit Tijuana, and to open a house there. Mother Teresa resisted, saying that the Friends of the Poor were providing what was needed, and the Sisters were needed elsewhere.

Shortly after her return from Rome, Figueredo says that sources told her that Pope John Paul II plans to hold the canonization of Mother Teresa in Tijuana. The process likely still has years to go before the date of canonization arrives, however.

Figueredo expresses no doubt that it will come. Forty years of friendship with Mother Teresa bring a solid confidence that, in this too, God will provide.